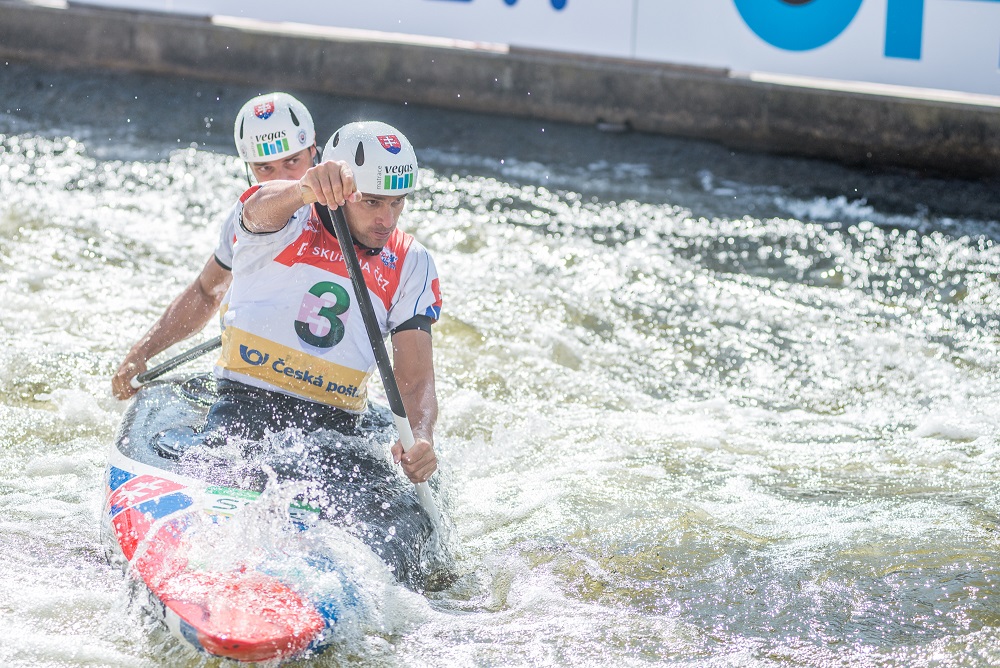 Also finals of the C2 men was full of penalization. First two doubles marked 50s pen. when stern paddler did not make it to the gate. Germans David Schroeder and Nico Bettge finished with 2s penalization and took the lead. French Pierre Picco and Hugo Biso starting after them were faster in by 2,66s already in second split and went over Germans.

Chinese Hongmin Yu and Jin Chen were the third one to get 50s penalization when they missed gate number 15. Ondrej Karlovsky and Jakub Jane touched gate number 11 and speeded up in the down part of the course and led by 0,01 before French with 4s penalization. Their gate 22 touch was examinated again and the 2s penalization was removed from their time yet that did not improve their ranking.

Then Olympic winners Ladislav and Peter Skantars moved Karlovsky and Jane from the first place. Robert Behling and Thomas Becker, second from the semifinals, were attacking the medal positions and finished second with loss of 2,66s.

Tomas Koplik and Jakub Vrzan, winners of the semifinals made a mistake at gate and were losing 6 seconds at the second split. Another touch at gate number 21 moved them to the 6th place.

„We did well, no big mistakes on the course and mostly after the semifinals we knew where we could go faster, which we managed. And it is also a great result, because we have not really trained after the Olympics due to other responsibilities,“said Skantars after the finals.