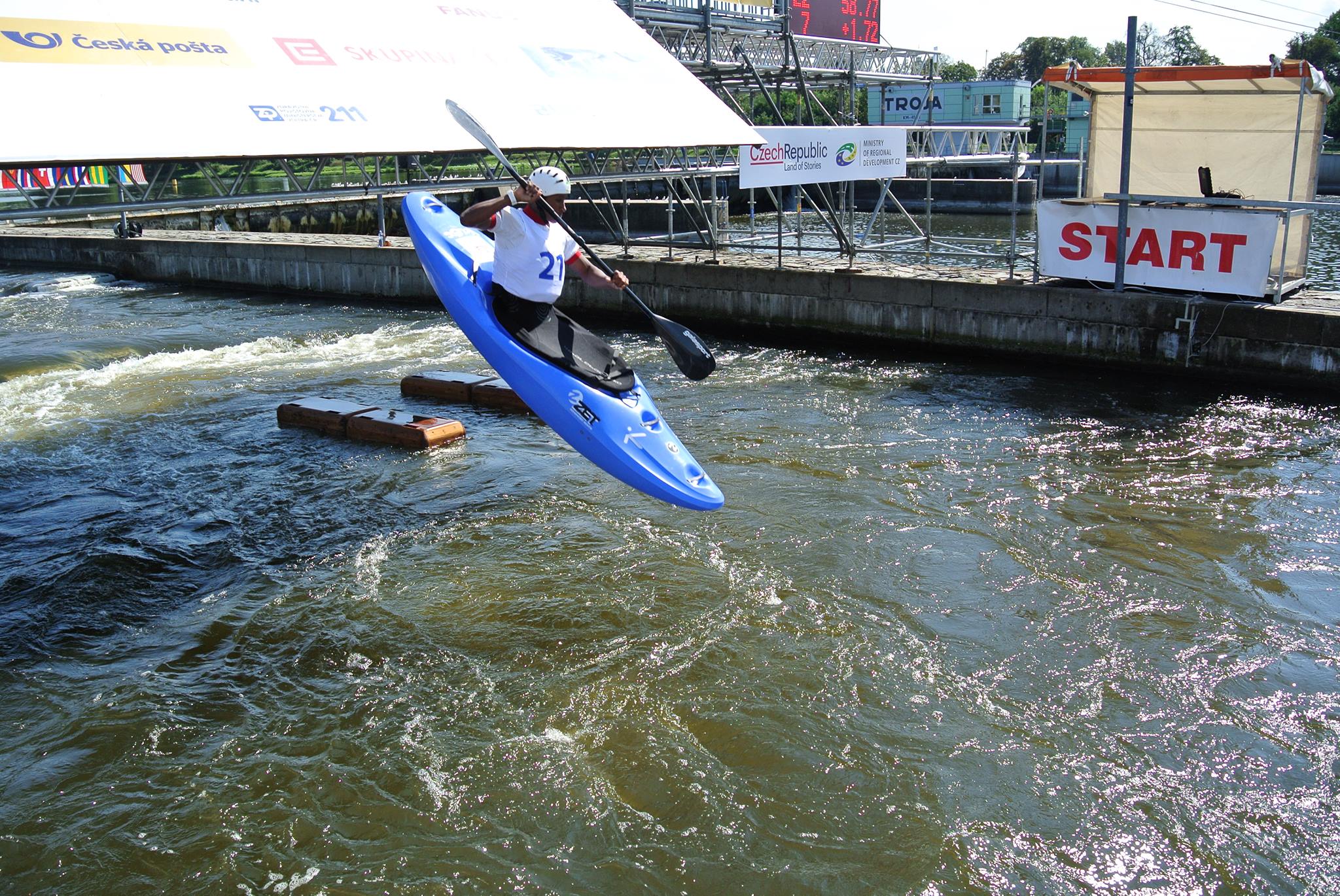 The ICF Canoe Slalom World Cup started on Thursday morning in Prague – Troja with the extreme canoe slalom qualifications. Very popular event among sports fans had its premiere at the World Cup last year. The qualification rides showed who will participate in the Saturday´s main program.

There were 18 kayakers at the start of the Time trial today morning. In the Czech team, Vavřinec Hradilek and Michael Matějka were not missing. The next two kayakers from the Czech team Onřej Tunka and Vít Přindiš used the advantage of the wild cards, which enabled them to qualify straight to the Saturday´s final.

The thirteen members of the qualification also included two Czechs - Monika Jančová and the title defender from the last year Veronika Vojtová. Except them, the kayakers from France and Brazil were present too. The wild cards in the women´s category went to the Czech colours again – to Amalie Hilgertová and Tereza Fišerová, who will start in the main program.

Vavřinec Hradilek was fastest in qualification (51.65) and Veronika Vojtová (56.08), who confirmed the shape in the position of a favourite. The semifinal will have the four Czech kayakers who will come back to the program of this year´s ICF Canoe Slalom World Cup on Saturday.