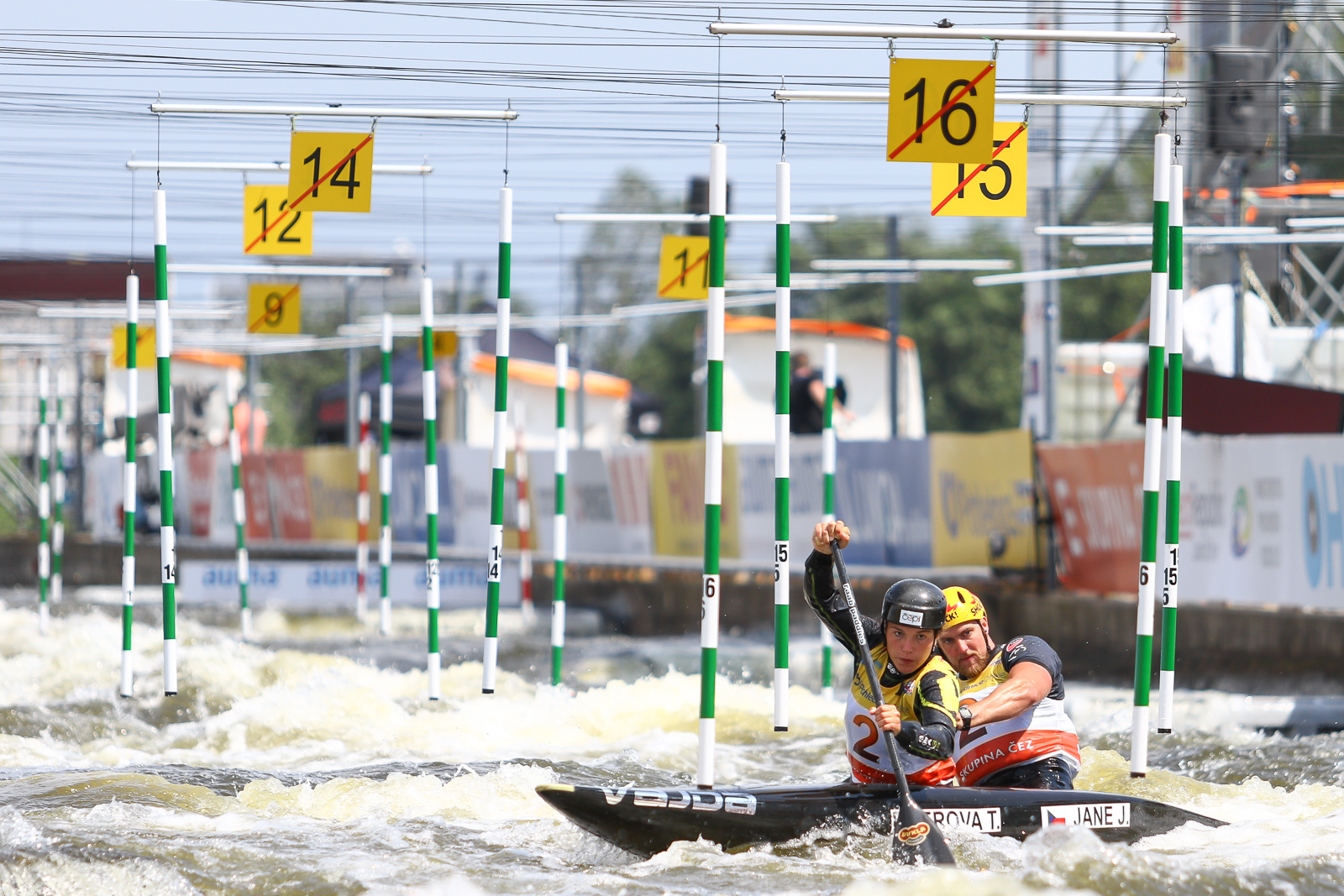 Semi-final in Prague proved the potential of the canoeists in Prague. The new built course was at first tested by the canoe double crews, followed by the semi-final competition of women canoeists.

The key for the ten best boats in the final was dewfinitelly the clear performance without touches. There were four French boats in the C2 men semi-final, Czechs presented three of them.

The French couple Nicolas Scianimanico-Hugo Cailhol set in front of the field for a long period of time as they showed really an aggressive ride. Also a good result showed by the 2015 European champions Robert Behling - Thomas Becker of Germany who went a clear performance.

On the other hand, the Škantár brothers of Slovakia had problems and missed the final top 10 by two positions. They made mistakes from the gate number four and the mistakes cumulated until the finish line.

Czech boats were 100% successful as all qualified for the afternoon final. Ondřej Karlovský with Jakub Jáně made it up after the European championships in Slovenia, when they did not manage the final. But they showed a clean ride today.
„The course is very difficult and we had to watch out some places. It was necessary to focus on 100%. I am glad we managed to concentrate,” said Ondřej Karlovský. 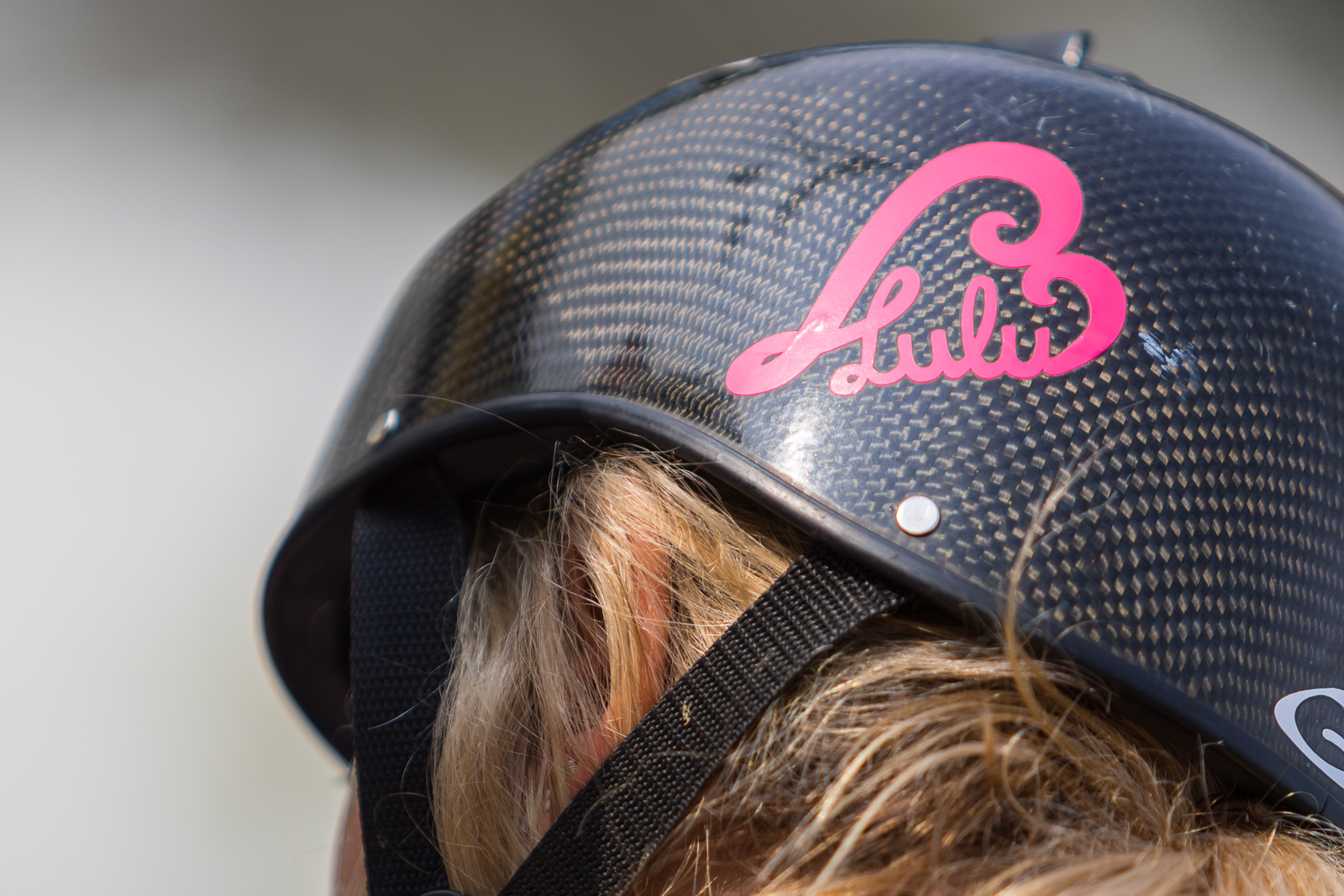 The same feelings from the channel came with the couple Tomáš Koplík and Jakub Vrzáň. The greata end of the semi-final ride came with the Czech favourites Jonáš Kašpar-Marek Šindler. Bronze medallists from the European championships in Tacen 2017 qualified from the first place.
„We are happy fot our performance as we had a good flow. We could even spare some energy in the finish. So I am really looking forward what will come in the final. The course is really very difficult but it should be like that at the World Cup competitions. I think the final in Prague will be very interesting and thrilling,“ believes Jonáš Kašpar.

The women canoeists in C1 category had to fight with the course and tried to avoid penalisations. It looked like the first clean performance came thanks to Nuria Vilarrubla of Spain but the 50 seconds penalisation appeared after she jumped out the water. „Well, sometimes you feel well and then you find out you got the penalisation. I knew about the gate number 7, I knew it was not ok but I did not expect 50,” said the Spaniard.

Also the team Australia could not be happy after today´s semi-final. Jessica Fox made mistakes at gates number 3, 4 and 5 but she still managed to keep the front position. The happiness disappeared after the 50 second penalisation appeared on the screen at the gate number 7. The same scenario repeated with her sister Noemi. The Australian colours were saved thanks to Rosalyn Lawrence who showed the only clean performance in the category. „The course is much more difficult today; you have to be online all the time. You come out from one gate and straight going for the next. I am very disappointed and I have to check the video how was that with the gate,” grieved Fox.

Great shape of the silver from Tacen Tereza Fišerová, who has her premiere I the senior team this year. Despite the two touches at the gate number 9 and 17, she took the front position on the first place. „I was not nervous before the competition but the two unlucky touches should not be. I hope I will make it up in the final. I was scared of the 5 -6 gates combination but when I managed them, I stayed calm. I felt great,“ said Tereza Říhová.

Also the fresh Czech champion Monika Jančová took the final spot. „I was afraid I will not manage it to the final because in Troja, I usually drop out in the semi-finals. I had big problems with the gates number 4 to 10 so I had to puch it a lot in the finish,” said Monika Jančová.

The last competitor in the semifinal was the 19-year-old Nadine Weratschnig of Austria, who competes in C1 since 2013. The European junior champion from 2015 showed the power and it looked like clear final position. But after the result correction she dropped out of the final and the Czech Eva Říhová completed the Czech team of three in the final.