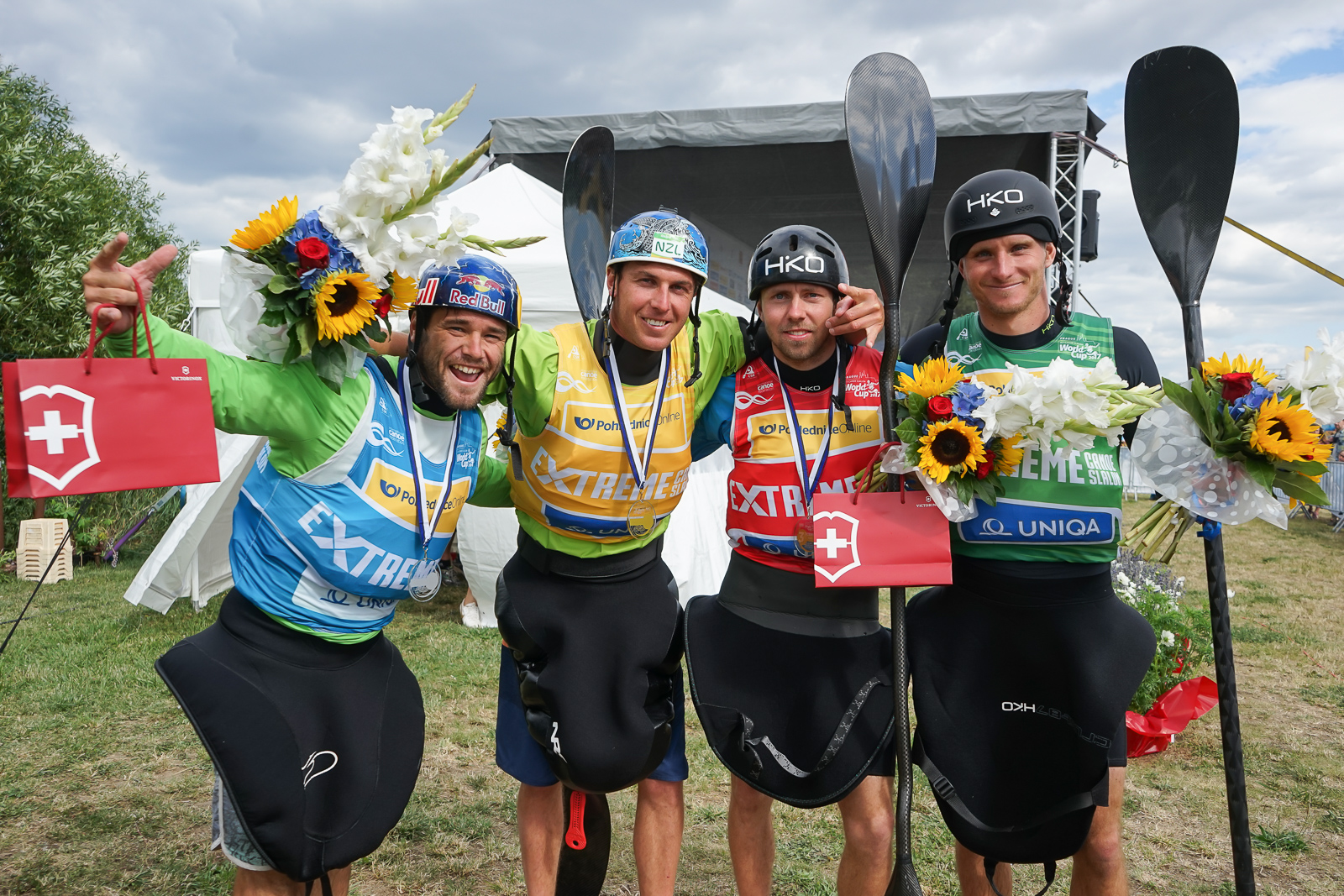 It is discipline similar to a snowboardcross, which could maybe become Olympic discipline one day. It appeared in Prague for the second time in the World Cup.

This discipline brings water slalom closer to young people, thanks to the fact that four athletes start together from an attractive ramp laid several meters above the surface. The race includes passage and hugging of specials gates as well as mandatory eskymo turns. Body-to-body, a boat-to-boat. Thousands of fans were attracted by this discipline today afternoon.

These races are not only attractive for audiences but also for racers themselves. "It's a nice and interesting part of the World Cup races. It adds some adrenaline to our blood. Maybe it's a little dangerous, but it's another experience of the water, "says the winner of last year's race and today's fourth Veronika Vojtová from Czech Republic.

Extreme Canoe Slalom Cross had its premiere in Canoe Slalom World Cup 2016, this year it was regular part of programme. It also appears in this year´s World Championship in Pau, France.