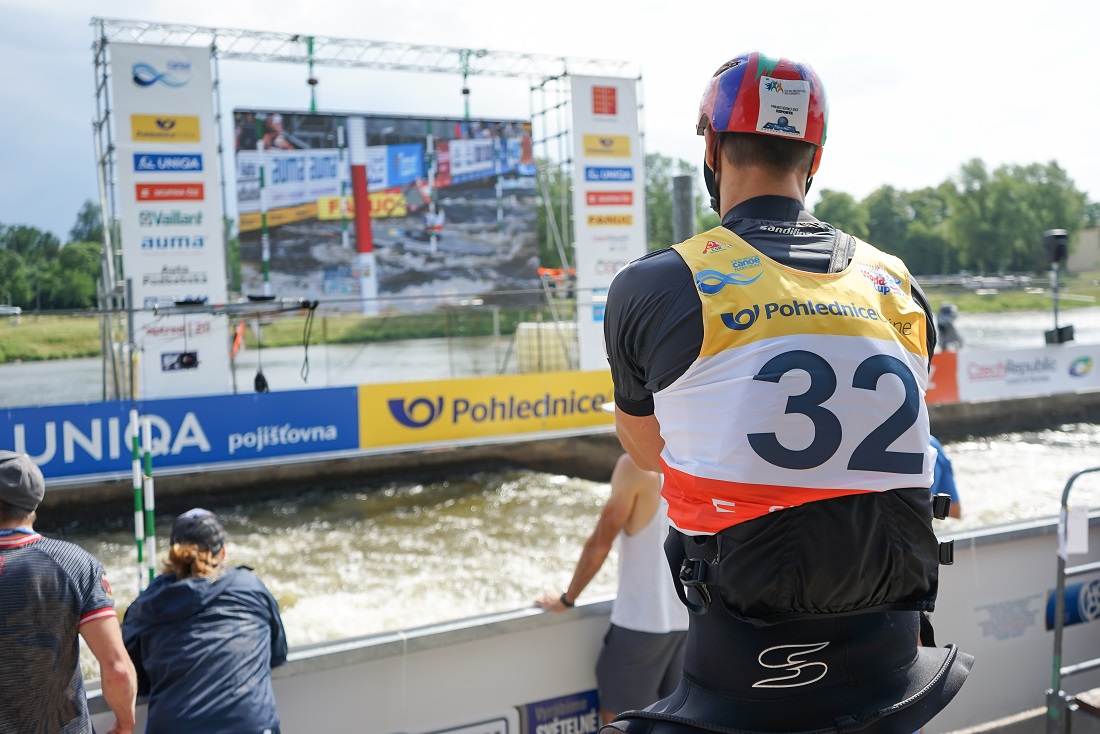 Three Czech boats were on the start of the Sunday´s semi-final of C1 men category in Prague. But the home crowd will not have the local hero in the final fights. The best performance was showed by German competitor Tasiadis. The first from the Czechs on the start was only 18-year-old Matyáš Lhota who lost the hope already on the third gate with the 50 penalty.

„I cannot say what happened, I entered the gate from a different site. But is a big experience for me here in Troja because of the amazing atmosphere, which is different than at other events,” said Lhota.

Michal Jáně started very well and fast in the first half of the course but it was followed by the two penalties. The final hopes vanished again. „The first half was OK but then I heard I have three seconds less and I started to push it. Then, the mistakes came and it started to be worse. I wanted to make up the feeling after the European championships where I did not do well. The aim was the final 10 especially for the fans who are really great here,” added Jáně.

Last Czech hope on the start was young Václav Chaloupka, who was very close to the final place. In the end, it was the 12th position, which is also his lifetime best placement. „Pity, I did not manage what we planned with my coach before the start. But the 12th place is still a great result for me as it is my first start at the world cup ever. Thanks to the fans, it was worth it,“ said the canoeist of the coach Jan Busta.

Big surprise was the elimination of the Slovak European champion of Tacen Alexander Slafkovský, who got 50s penalisation at the gate number 17. „I had to go through and did not have enough space but I still believed in the finish that I will make it to the final. The course looks great and I wanted to show a good paddling in the final. Except the gate number 17, the rest of the course was OK,” commented Slafkovský.

The German representative Sideris Tasiadis was the fastest in 97,24 with a clean performance. „I tried to make it smooth and didn´t to push so much. I tried to keep the line with water, even if I lost little bit about gate 13. So i hope that kept some energy for final. The course is very challenging. In the beginning you go straight, in the middle you have to turn so much with whole body. So you need to be focused all the time and that´s difficult. It was very easy course in qualification, now you have to push much harder.“

British colours will have David Florence in the final from the tenth place: „It wasn´t good ride for me. Maybe it was good in first gates, but later mistakes accumulated. From gate 4 to 13 it is very long section which is very hard. I am lucky to be in final, even from last position. And need to concentrate, focus and beware of mistakes which I did in semifinal.“

The only second clean performance belongs to a legendary Slovak Michal Martikán, who finished second in semi-final.